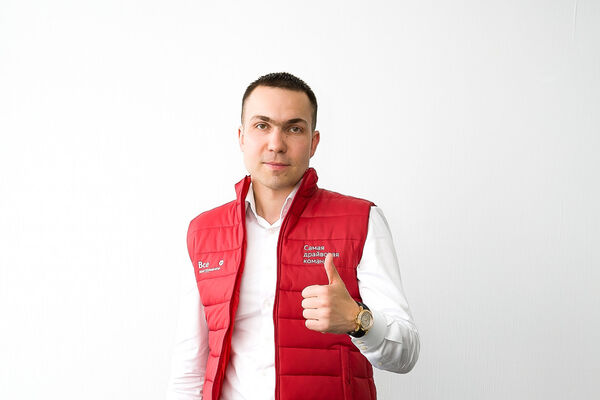 When the online store "VseInstrumenty.ru" started a business in the market of household goods and repairs, this niche was relatively free, but the site still manages to be # 1 in this segment

Launched in 2006, VseInstrumenty.ru was a student project of MIPT alumni Viktor Kuznetsov and Nikolai Gudovskikh, and the third shareholder, Alexander Goltsov, joined later. Kuznetsov was interested in online retail and dreamed of starting his own business since childhood. The direction was chosen due to the fact that Gudovskikh worked in his father's company selling power tools in Yekaterinburg and was well versed in it (about three years ago, Gudovskikh went out of business, his share was bought by the company, the partners do not disclose the cost of the transaction).

Young entrepreneurs independently wrote a website for the store, and the first screwdriver was sold, communicating with the buyer literally from under the desk, at a lecture on quantum physics. They bought the goods themselves (at that time it was only a power tool), stored them in rooms in a student dormitory and delivered them to customers themselves. We had to do everything ourselves during the first three years. “We practically lived in an office,” Viktor Kuznetsov recalls in a conversation with RBC magazine, but the sales margin was then significantly higher than in the current market and amounted to 18–20%.

Inspiration was sought in the success story of the online shoe retailer Zappos Tony Shea, whose book Delivering Happiness. From Zero to Billion "has even been a must-read for the company's employees for a long time. According to Kuznetsov, they wanted to adopt the values ​​of corporate culture: sitting in a McDonald's not far from the institute, entrepreneurs wrote on a napkin the main tenets of the company - excellent work with customers and drive in the team.

The founders largely acted on a whim, and the lack of funds for development helped to understand every part of the business processes, Kuznetsov said. Receiving calls from customers, discussing tools, their features and subtleties of use, the company gradually established communication with suppliers and gained expertise in the goods it traded.

It also helped that the Russian DIY [Do It Yourself] segment on the Internet, especially in the field of selling tools, was poorly developed: 220 Volts and Kuvalda.ru had online stores, but large companies like Leroy Merlin, Petrovich or K-rauta, which also sell instruments, were just planning to go online. “They were already rich and well-fed and did not take the Internet seriously,” says Kuznetsov. VseInstrumenty.ru began to increase its assortment: first it added garden and power equipment, then machines and so on. And she began to expand her presence in the regions, opening stores in St. Petersburg, Yekaterinburg and Krasnodar. In 2011, the company's turnover amounted to about 3.5 billion rubles.

The founders managed to attract the first investors through the MIPT alumni community. The owners of the Bank for Innovation and Development once told their friends that Zoom Capital, the company of the founders of the NetbyNet provider Vadim Kurin and Gregory Berenstein, was looking for new investment projects and helped to get in touch with them. Since 2012, Zoom Capital has invested a total of $ 27 million in the VseInstrumenty.ru project in several tranches, having received in exchange about 40% in the company.

Zoom Capital did not answer the questions of RBC magazine.

At the same time, the Russian DIY market began to develop rapidly online, and in order to retain consumers, it was necessary to invest in infrastructure, new product categories, delivery geography and offline points. The retailer began to rapidly expand its assortment, and with this, one after another, problems fell.

“We began to sell plumbing fixtures, Bathtubs and toilets came with chips, we did not understand the model range and chose the wrong one. We added chipboard sheets, but did not take into account that they need special storage and transportation, we received consumer dissatisfaction, '' Kuznetsov lists. “We didn’t feel the expanding product matrix, and the products remained in stock, and the managers could not advise consumers about new products.” As a result, some of the unsuccessful products were sold to resellers, and the rest were written off.

But this story taught the team that in any product that the company sells, you need to be a professional, says Kuznetsov. "For example," Refrigerator.ru "has a fantastic service, they even have" Gazelles "specially equipped to quickly, without causing defects, deliver equipment." Now, for example, training managers for corporate sales takes about a year.

VseInstrumenty.ru sells tools and equipment to both other companies and retail consumers: the company does not disclose the ratio of shares, but, according to Kuznetsov, the main sales are provided by the b2b segment. The online hypermarket works with manufacturing, trading, construction companies and factories, even among private customers, the backbone of

It is carried out by professionals - repair crews.

According to SPARK, the company also annually participates in government purchases: the instruments are bought by subsidiaries of Gazprom, the Moscow state budgetary institution Zhilishnik, theaters, universities, and military units. But government purchases make up a very small part of corporate sales: in 2018, the company signed contracts for 7.2 million rubles.

Dependence on corporate customers sometimes brings unpleasant surprises. For example, before the Sochi Olympics, sales of the company sagged - many construction sites were frozen, says Kuznetsov. But most of the risks can be hedged: a few years ago, the company converted all settlements with suppliers to rubles and bought currency options. And, according to Kuznetsov, in 2014-2017 she did not feel any serious problems due to the crisis decline in the development market and the purchasing power of private consumers.

According to the research company InfoLine-analytica, the trend of negative sales dynamics in the DIY market began in 2015 and changed only by mid-2017. The turnover of this market in 2017 amounted to 1.4 trillion rubles, having increased by 1.8% compared to the previous year, the Kommersant newspaper reported. An important new trend that has a positive effect on the market is the growth of the market for primary housing with finishing.

According to InfoLine, more than 70% of VseInstrumenty.ru's sales are online. The company also operates large distribution centers in Kazan, Yekaterinburg, Krasnodar and St. Petersburg, the area of ​​its main center in Kotelniki near Moscow is 25 thousand square meters. In traditional retail, the company develops three formats: pick-up points (pickup points), small stores (50–100 sq. m.) and warehouse stores (from 300 to 1000 sq. m.). The main part of retail falls on pickup points.

According to RBC Market Research, from the beginning of last year to July 2018, the company reduced the number of stores by 47%, to 80. “We are trying to act carefully. If we see that the point is not reaching profitability, we close it, ”explains Kuznetsov.

Today VseInstrumenty.ru has many competitors - from specialized online stores to multi-product retailers like Leroy Merlin. But Kuznetsov is confident that the company still has a lot of opportunities both in the area of ​​expanding the range and in service businesses.

The company continues its experiment, which began in 2015, with goods under its own trademark (Private Label). Then she launched two brands - Inforce and Gigant. Hand tools, ladders, accessories and more are produced under these brands. As Kuznetsov explains, the company tried to close spot positions that were not closed by large manufacturers, but he calls his own brands rather an image product.

Their production is located in China, and if food retailers have the opportunity to choose several suppliers for private labels with agreed delivery volumes, then it is more and more difficult with tool manufacturers: Chinese factories often specialize in one type of tool and are ready to sell small batches under their own brands, and in the case of with CTM they require the order of giant batches.

A new direction, on which the team is now working closely, is tool rental. “Customers are interested in this. For example, why buy a generator for 40 thousand rubles, if you can rent it for 3-4 thousand, ”Kuznetsov explains. But the direction requires elaboration, after each use, the equipment must be checked for serviceability and preparation for transfer to the next client. “This is a separate complex business,” concludes Kuznetsov.