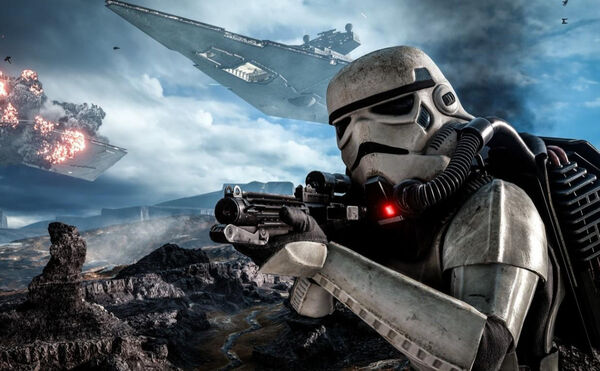 The founders of Sperasoft have learned how to make money by helping corporations create the Mass Effect, Assassin's Creed and other blockbusters game universes. From St. Petersburg, they built a global business worth $ 27 million

Developing games with a budget of hundreds of millions of dollars takes at least three to four years and requires the efforts of huge teams - up to 800 people. An entrepreneur from St. Petersburg Igor Efremov felt himself a part of this large-scale process, having devoted more than five years to Electronic Arts Corporation (EA; Need for Speed, FIFA, The Sims, etc.). Later, he came up with his own business format - the development of infrastructure elements for blockbuster games on outsourcing. Together with partners Alexey Kudryashov and Mark Rizzo, another ex-EA employee, Efremov founded Sperasoft in 2004. It was the first on the Russian market to offer joint content development to producers of AAA games (an informal term for a class of high-budget games). Sperasoft employees do not just carry out outsourcing orders, but they join the development team and participate in the creative part - they bring their knowledge, experience and expertise, Efremov explains.

Developers with the prefix co-

The first major customer was the former employer of Efremov and Rizzo Electronic Arts. Starting a business required almost no investment. “They invested some kopecks. The main investment was our labor costs, then everyone did everything he could, ”recalls Efremov.

One of the first major projects was participation in the creation of Mass Effect 2, which was released in 2010. In addition, the entrepreneurs have worked on the FIFA, FIFA Street and FIFA World Cup franchises. Later, Dragon Age, League of Legends, Star Wars: Battlefront and Assassin's Creed Origins were added to the Sperasoft portfolio. In 2011, the company's revenue amounted to RUB 16.4 million.

The first office was located on Vasilievsky Island in St. Petersburg and expanded in proportion to the growth of the business: a room for several people - a room for 20 employees - a large space for 50 specialists. When the staff increased to 100 people, the company moved to the Moscow district of the city, where it still occupies two floors of the business center.

At the next stage of expansion, in 2009, the Sperasoft office appeared in Volgograd. The choice of location was influenced by two factors: there were practically no competitors on the city IT market, and one of the founders of Sperasoft, Alexey Kudryashov, was from Volgograd. In 2015, the company opened an office in Europe - in the Polish city of Krakow.

“We were constantly experimenting - with partners, clients, technologies. At the beginning of the journey, we were only engaged in software development. And later they focused on outsourcing and assistance in developing games on different platforms - PlayStation, Xbox, PC, mobile, ”Efremov enumerates. This format of work in the game development market is called co-development. According to the founders of Sperasoft, the model is beneficial because it saves the customer time and resources: you can keep the developers of the main content on the staff, and shift the secondary characters and branches of the storylines to the shoulders of the co-developer. Sperasoft has never created its own games or even set itself such a task, assures Efremov.

A year ago, the owners of Sperasoft decided to sell the company. “We completely invested ourselves in the business, so the decision [to sell] was not easy,” says Efremov. - Outweighed the understanding that this way the company will get more new projects and clients. At the same time, we did not even have a thought about leaving the business. I can't imagine life without Sperasoft. "

The buyer was the service provider Keywords Studios, a group of more than 50 studios headquartered in Dublin that, like Sperasoft, specializes in helping develop third-party projects. Her portfolio includes For Honor, Uncharted 4, Halo 5, Watch Dogs 2.

The deal amounted to $ 27 million. Of these, the owners received $ 22 million immediately, and $ 1 million and the remaining amount in Keywords shares - a year later. The acquisition of Sperasoft fit into the group's acquisition strategy: earlier it acquired testers VMC (for $ 66.4 million) and Enzyme Testing Labs ($ 3.65 million), as well as outsourcing d3t ($ 3.9 million).

Sperasoft provided Keywords to its centers in Russia and Poland. Under the terms of the deal, the founders stayed with the company. Efremov holds the post of executive director, Kudryashov - finance, Rizzo - operational.

Since December 2017, Sperasoft has been participating in projects of four new large clients - the company does not disclose their names. The company also hired over 160 new employees this year. In 2017, the revenue of Sperasoft Studio LLC approached 820 million rubles, but the company received a loss of 26.8 million rubles, follows from SPARK data. In the first nine months of 2018, revenue exceeded RUB 719 million, and the loss was replaced by a profit of RUB 14.6 million, the company said.