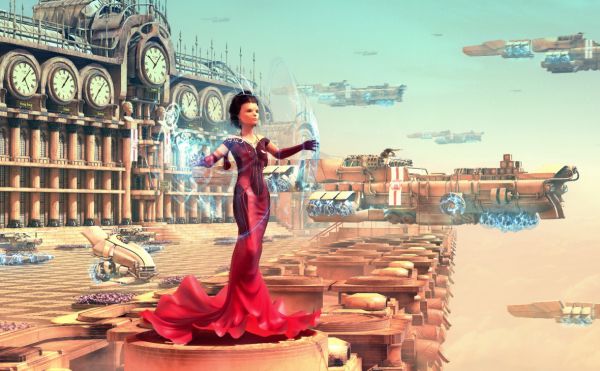 Polybrush is a 3D editor created by 24-year-old Arseniy Korablev to make life easier for his fellow artists. In 2018, Korablev attracted the first investments - 500 thousand rubles. from the Innovation Promotion Fund

"Writing code destroys me," admits Arseniy Korablev, 24, the author of the Polybrush program. He describes his product as a 3D editor created by an artist, not a programmer. Polybrush approaches the construction of 3D models as a drawing process: the user makes strokes with his own brushes - the output is the desired lines and objects. The audience of the program is 2D and 3D artists: the former can create a sketch in the editor, the latter can assemble landscapes and characters from parts, says Korablev. He also considers himself primarily an artist, although the profile education of the 24-year-old developer is programming: he is studying at the graduate school of the Higher School of Printing and Media Industry of the MPU.

Korablev became interested in 3D modeling at the age of 12, when a fairly powerful PC appeared at home. His work has received prizes in competitions and has garnered positive feedback from professionals on sites like the CG Society. By the age of 17, he collected good press: specialized media from the USA, Japan, India and Ukraine wrote about him.

In his third year at the university, Korablev set about creating his own editor. “I decided to use the acquired [programming] skills not for game development, but for something more serious. I wanted to make a new instrument that would make life easier for the same artists, ”he recalls. The project was not conceived as a large program, but gradually absorbed all Korablev's free time.

It took a year to develop the beta version. “When I released it, my server with the site fell down: the program was downloaded tens of thousands of times,” says Korablev. The name is consonant with the plugin of the popular American graphics engine Unity, but the author of the Russian Polybrush insists that when he came up with [name], he googled this option - and nothing appeared. Unity did not react to the appearance of a competing product under a similar brand. Representatives of the company did not answer questions from RBC magazine.

In development, Korablev used the C ++ language, which he mastered on his own: as of November 2018, he wrote 100 thousand lines of code himself, this is "a matter of principle." The editor interface is similar to Photoshop. From the very beginning, users were able to create their own tools - brushes - and share them. This option has significantly increased the size of the program: if in the first version it weighed only 2 MB, then in the current version - more than 500 MB.

Polybrush does not support third party plugins, but it does export to more popular editors. When exporting, the 3D model retains the parameters and coordinates of textures, so that you can continue working with it in other programs on the fly. "Polybrush works as an intermediate stage in creating a digital drawing or model, as a small auxiliary tool," Korablev clarifies.

According to him, the developer went through the entire path of creating the product on a whim and stepped on every possible rake. “I still don’t know what a 3D editor should look like and work in theory, but through trial and error I implemented the sketches on paper into a complete program,” he says.

Korablev's program is available in three main configurations: a free trial version for 90 days, a subscription for $ 25 per month, and a perpetual license for $ 150. In new versions, the developer promises new monetization models. For example, a reward system may appear in Polybrush: the longer the user works in the program, the more tools are available to him.

Korablev practically did not invest in the development of Polybrush. The system of protection against illegal copying cost about 15 thousand rubles, several thousand more per month are spent on maintaining the infrastructure - the site and the server, the author of the editor lists.

In 2018, he attracted the first investments - 500 thousand rubles. the State Fund for the Promotion of Innovations has invested in the project. Sales of the program could bring the developer about $ 40 thousand more. In total, Polybrush has more than 250 buyers, most of them are artists from the USA, Great Britain, Japan, Germany and France. Korablev sells through the Gumroad service: it is used by many independent artists and artists. The global popularity of the program is evidenced by the fact that Apple showed interest in its developer - its recruiter went to Korablev through LinkedIn, but the American corporation never made any offers to take over or purchase Polybrush.

In Russia, the editor has only a dozen clients, the developer complains: in order to popularize, he plans to make Polybrush completely free on the local market.

Polybrush remains a one-man company: Korablev oversees not only development, but also promotion and sales. “The advantages are obvious: less time is spent on conversations, more - on

work, ”he says. The product, however, has already reached a scale at which the author does not always remember his own actions: “Sometimes I open the code and don’t remember how I worked on separate pieces. There is a feeling that someone else wrote with me ”. In addition to developing the main areas of business, Korablev does not forget about auxiliary ones: he records video lessons, maintains the site and maintains the project's social networks.

The developer has no plans to hire subordinates yet. The reason is the difference in worldviews: other programmers, according to Korablev, shoot sparrows from a cannon: “They say: let's deploy a server, make a database. I have to stop - I just need to print a couple of lines of text. " However, the likelihood of increasing the team Korablev does not exclude: for this you need to establish sales.

The expansion of the staff will undermine another Polybrush bond - the ease of work for artists, Korablev is convinced: "The programmer may not see some options for using the program." Sergey Tsyptsyn, the founder of the RealTime computer graphics school, the organizer of the CGEvent profile conference, agrees with this opinion: "The main advantage of Polybrush is in the conversation between the program and the artist in the same language."

However, solo work on a project has its drawbacks. For example, about a year ago there was a problem with the Nvidia drivers, which caused the program to run very slowly with some video cards. “Everything was solved with a few lines of code, but I did not know this, and to some users the editor seemed overflowing with errors,” Korablev lamented.

“The main competitive advantage of Polybrush is its ease of learning,” says Sergey Tsyptsyn. - If we take an analogue - the 3D editor ZBrush, then at the first meeting the user has an attack of panic and horror, there is a paranoid interface. And in Polybrush everything is in place: the learning curve is very smooth. "

ZBrush is generally the most common analogy with Korablev's product. The author of Polybrush himself recalls that the developer of ZBrush, Pixologic, even went to him immediately after the release of the first version of his editor. But no specific proposals followed. Pixologic representatives did not answer the questions of RBC magazine.

Anyway, in order to avoid confusion with a competitor, in the third version Polybrush will be renamed. The beta version of the program is called Teya. Korablev wants to officially announce the rebranding at a presentation during the CGEvent conference in December 2018.

In the new configuration of the product, it promises integrated lessons (the cursor itself will slide across the toolbar and show examples of how to work with the program) and a long-awaited version for Mac computers. The creation of the latter for Korablev takes a particularly long time - before he had no programming experience for Apple products. But the need was obvious: the developer sent cold letters to 3D modeling studios, from which it turned out that it was in the segment of Mac users that Polybrush's positions were especially weak. Using the same method of blind market research, Korablev keeps statistics on projects in which artists use Polybrush. Of the unusual options, he remembered the development of a video sequence for concerts and parties.

Artists interviewed by RBC magazine said that they had heard about Polybrush, but confirmed the low demand for the program in the Russian 3D industry. “All our artists have heard about the plugin for Unity, and only a few have heard about the program. They don't use it in their work, ”said Nikita Guk, director of strategy at Pixonic. Designer Danil Krivoruchko agrees with him: “I don’t know anyone who would work in Polybrush. Everyone [in Russia] uses the standard package: 3DMax, Maya, Modo. " According to Krivoruchko, for Polybrush to be successful, it is necessary to offer users something significantly different from competitors, but in demand in the industry.

Korablev is not afraid of criticism - he believes that "if every time I listened to criticism and rewrote the program, I would never have released it." The developer also does not exclude that Polybrush will receive the final version in the future and will only require technical support. “Development is more interesting [than just drawing], and I can return to design at any time,” he concludes.