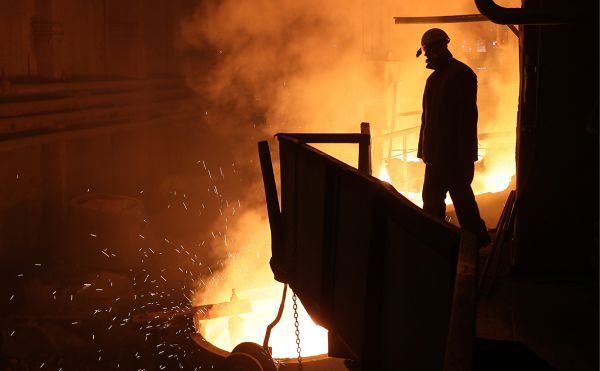 Uralvagonzavod, the largest railcar manufacturer in Russia, has not yet been able to find new customers for them for the next year. But the enterprise, whose debts exceed 100 billion rubles, will not stop the production of cars

In connection with the updated information, the word “new” has been added to the title and text of the article, since by 2021 UVZ fulfills its obligations to the Federal Freight Company for the supply of 17 thousand units of rolling stock. However, this contract was signed back in 2019 and is not reflected in the public procurement register.

What problems did UVZ face?

Uralvagonzavod Corporation (UVZ, part of Rostec) currently has no new orders for railcars for 2021. RBC was told about this by a source in one of the largest railway operators, two customers of the plant, and also confirmed by a source at UVZ.

The largest customers of UVZ among shippers and operators in different years were SUEK, Federal Freight Company (FGK, a subsidiary of Russian Railways), Freight One (Freight One). But with none of these companies UVZ did not conclude contracts for 2021 and subsequent years, two high-ranking sources of RBC in the freight market specified.

RBC sent inquiries to these companies.

As for Russian Railways, the company entered into the largest contracts for the supply of wagons in 2020 with Roslokomotiv JSC and Transport Machine Building JSC, as follows from the information from the government procurement website. These contracts are for 2020-2025.

The government will help Uralvagonzavod to restructure its debt to VTB

“Representatives of UVZ have to ask for the purchase of at least several wagons,” says a top manager of one of the shippers. According to him, given the surplus of the railcar market, potential customers are also alarmed by the initiative of Russian Railways to abolish tariff benefits for empty runs and innovative open-top wagons.

After the article was published, the Ministry of Industry and Trade told RBC that UVZ is currently "conducting an active campaign to conclude contracts for the supply of cars for 2021" and "part of the negotiations is in the final stage."

Rostec noted that the car building market really "faced certain difficulties in connection with the pandemic and the current economic situation." At the same time, UVZ is "negotiating with customers." “We are discussing with the state the steps necessary to support it and develop car building in this difficult period,” the press service of the state corporation said.

UVZ did not respond to RBC's request.

JSC "Corporation" Uralvagonzavod "is a diversified machine-building complex that produces about 100 types of products, in particular, military equipment, road-building machines. The state corporation Rostec is 97.48% owned.

It specializes in the production of innovative cars, which differ from conventional cars in a higher permissible axle load: 25 tons versus 23.5 tons. The plant produces both gondola cars and tank cars, platforms, hopper cars. According to the INFOLine Rail Russia TOP rating, in 2019 UVZ produced 17.9 thousand cars. It was bypassed only by the United Carriage Company (UWC, controlled by Trust), which increased production to 21,000 cars.

UVZ is also the only Russian manufacturer of tanks, including the world's only third post-war generation T-14 Armata tank. As indicated on the UVZ website, this is a fundamentally new and completely Russian development that has no analogues in the world.

The general director of the corporation is Alexander Potapov. According to the UVZ website, the company employs about 30 thousand people. From the latest available reporting of UVZ under IFRS (for the first half of 2019), it follows that long-term secured and unsecured bank loans of the plant amount to 88 billion rubles, short-term - 19.4 billion rubles. In total, the plant took out five loans in rubles, two in euros and one in dollars.

Why there was a surplus in the railcar market

This is not the first time such a large-scale surplus appears on the market: in 2013 the number of freight cars exceeded 1.2 million, says Mikhail Burmistrov, general director of INFOLine-Analytica. Then the government first forbade the service life of the cars to be extended by more than a year, and then did not allow them to continue operating without repairs. As a result, by 2016, the authorities wrote off 214 thousand freight cars, and purchases amounted to only

58 thousand pieces, the expert recalls. In the next two years, loading on the Russian Railways network increased (especially coal), which led to the opposite situation - a shortage of gondola cars, an increase in rental rates and demand for rolling stock.

UVZ head Alexander Potapov - RBC: "Entering Moscow is not an end in itself"

In 2016, the government allocated 7 billion rubles. subsidies to railcar manufacturers. But then every year the amount of payments began to decrease. By 2019, the surplus returned, caused by a drop in demand for coal, the main driver of transportation. Now 1.19 million cars have been produced, says Burmistrov.

In 2020, the car builders counted on support from the state and the introduction of a trade-in system when purchasing innovative cars (for the delivery of three old operators, they could receive a discount of 1.5 million rubles when buying a new one). But the idea, as the executive director of the Association of Carriage Builders (OBC) Yevgeny Semyonov, said on October 6, was rejected by the Ministry of Industry and Trade.

How the new Russian reserved seat cars will look like. Photo report

According to a source in one of the railway operators, now the players in the transportation market are guided mainly by the leasing of the existing fleet. “It comes out cheaper. It is easier for operators and shippers to lease or buy out the necessary part of the fleet from each other, ”he says. At the same time, FGK alone owns 137.3 thousand cars, which, according to Russian Railways estimates, exceeds the demand.

How UVZ will survive

Even if Uralvagonzavod does not have a single order for wagons for 2021 and subsequent years, the company will not stop their production, a source of RBC close to UVZ is sure. “The conveyor cannot be stopped. The workshops that produce metal work both for tanks and for railway production. It is impossible, by stopping the production of wagons, not to stop the production of the military industry, "he explained, adding that UVZ" would rather drive the wagons to dead ends. "

In a conversation with RBC, the editor-in-chief of the Arsenal Otechestva magazine, reserve colonel Viktor Murakhovsky, noted that in recent years UVZ has survived mainly due to state defense orders and export supplies. In particular, in November 2019, the Indian Ministry of Defense signed a contract for the production of 464 main battle tanks T-90S (worth $ 2.8 billion) under a Russian license for the ground forces (UVZ participates in technical support for the licensed production of these tanks and supplies the necessary components). In June 2020, it became known that Moscow and Cairo signed a contract for the supply of 400-500 T-90MS tanks for the Egyptian army. "Within the framework of the State Arms Program until 2027, the only serious contract is for 132 vehicles of the Armata family, everything else is the modernization of the T-72B, T-80BVM and T-90M," the expert said.

In early October, RBC found out that the government intends to help UVZ solve problems with part of its debts: loans taken by the enterprise from VTB can be restructured until 2029. UVZ entered into loan agreements with VTB in 2016–2017. The loans were secured by a government guarantee. The loan repayment period has not been specified, but in 2021 the government will be able to extend it until December 31, 2029, while the state guarantee will also be extended until the same date. The amount of loans taken by the plant from VTB is not disclosed, but the SPARK database contains information about the registration of UVZ in 2017 as a pledge with VTB. The subject of the pledge was the rights to claim funds under a commission agreement for $ 263 million (about 20 billion rubles at the current exchange rate), concluded between UVZ and Rosoboronexport. In 2018–2019, three more agreements on pledge of UVZ equipment were registered with VTB.